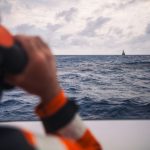 The Volvo Ocean Race is revolutionising the scoring system for 2017-18 to encourage strategic risk-taking from the teams and give extra reward for strong performances in the two Southern Ocean legs and the final ocean leg of the race, across the North Atlantic from Newport to Cardiff.

The seventh in a series of 10 announcements from the Race in 10 days is designed to open up the competition in an era of incredibly close One Design racing and give an incentive for teams to gamble more often to split the fleet. The new rules state:

– Scoring will change to a high-point system
– The two Southern Ocean legs – from Cape Town to Hong Kong, and Auckland to Itajaí, plus the North Atlantic leg near the end of the race, Newport to Cardiff – will all score double points
– The winner of each and every leg will score one bonus point (10 for a win, 8 for second, 7 for third, etc)
– There will be a bonus point for the first team to round Cape Horn in a nod to the mythical significance of this turning point in the race
– A further bonus point will be awarded for the team with the best total elapsed time overall in the race
– The In-Port Series will remain the tiebreaker should teams, as in the last edition, be tied on points at the finish in The Hague.

The new scoring system is the first confirmed change in a series of options being considered by Race HQ.

“One of the most fantastic things about the move to One Design in 2014-15 was that we had extraordinarily close racing all the way around the world – but there was also a bit of a ‘sheep’ mentality, with no-one really wanting to break from the fleet for fear of being left behind, and instead just wanting to play the averages” explained Mark Turner, Race CEO.

“We need to do something to encourage that strategic risk-taking. We’re amending the points system, but we’re also considering things like blackouts in terms of positions, so teams can go into ‘stealth’ mode, and in terms of weather data provided, so that navigators need to use more of their own judgement at certain times”

Charles Caudrelier, who skippered Dongfeng Race Team in 2014-15, commented: “I think these bonus points could be interesting. It’s good to have a bonus point for rounding Cape Horn first, as sometimes you lead part of the leg and fall back because the end of the race is in a light spot, and you don’t deserve that.

“Stealth mode could be interesting, and the weather blackout is something we’ve done in other races. Yes, maybe, it could be good if they choose an important moment to stop the forecast, but I don’t really think it will change a lot.”

As in the 2014-15 edition, In-Port Races will be scored as a separate series and used to break any ties in the final table.

The race begins in Alicante in October 2017 and will take the teams 45,000nm around the planet, including three times more Southern Ocean miles than in the last edition, on their way to the finish in The Hague eight months later.